so this is my first time being a member of pixel empire, because even tho i have been dolling for like 8-9 years now, i was never really involved with any dolling communities until like last year?? c:

you can call me lex (and i tried to make my username here 'lex' but it said it was already taken?? but i don't think it is?? so anyway i had to chose another name and i kinda choked so my name is now catman4ever, nice), and you've maybe seen me on dA (as qweia) or glam! (as lex)?

and i hate talking about myself, so i don't really have anything more to write here?? but yeah, i'll try to be active, so maybe i'll see you guys around!! 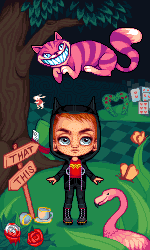 Heya lex and welcome to the empire.
By your name I guess you atleast loves cats?
Hope I'm right. I love cats too btw.

Cant wait to see some art from you :hun
So cya around 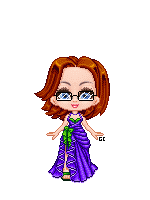 'catman' refers to dc comics' character catman/thomas blake whom i love dearly, but i do indeed love cats as well!! i'm sadly allergic to them tho, but that doesn't stop me from always petting them everytime i see one (i always regret it tho; allergies are no fun

welcome to the site!
Hope to see you around the site and seeing more of your beautiful dolls.
Love your current avatar doll btw.

Hi lex! Welcome to pixel empire! I just checked out your DA and omg I love your style. I can't wait to see more from you!

Find me on other platforms. 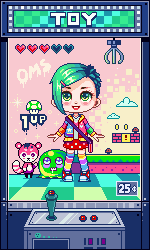 No problem! There is also a chat whenever you are on to chat wit the other members at PE to get to know them better.

ah yes, the chat i am already familiar with! i sadly struggle a lot with my social awkwardness and anxiety even in non-irl situations, but i'll try to visit it at least sometimes!

I totally understand.
I have social anxiety as well as separation anxiety
but it helps me a lot because this community is so kind!
But even so, I still look forward to seeing you around even if not in the chat. 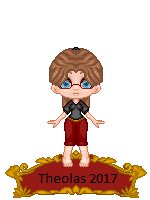 Welcome PE I seen your dolls on DA they are amazing